There’s one thing that the medical community seemingly agrees on – pasta’s evil.  Maybe there’s a little devil in us because we still eat it.   It’s easy, filling and everyone likes it.  So is a cannoli. We’ve ditched the cannoli and now we’re trying to say goodbye to it’s italian cousins; linguine, rotini and rigatoni. 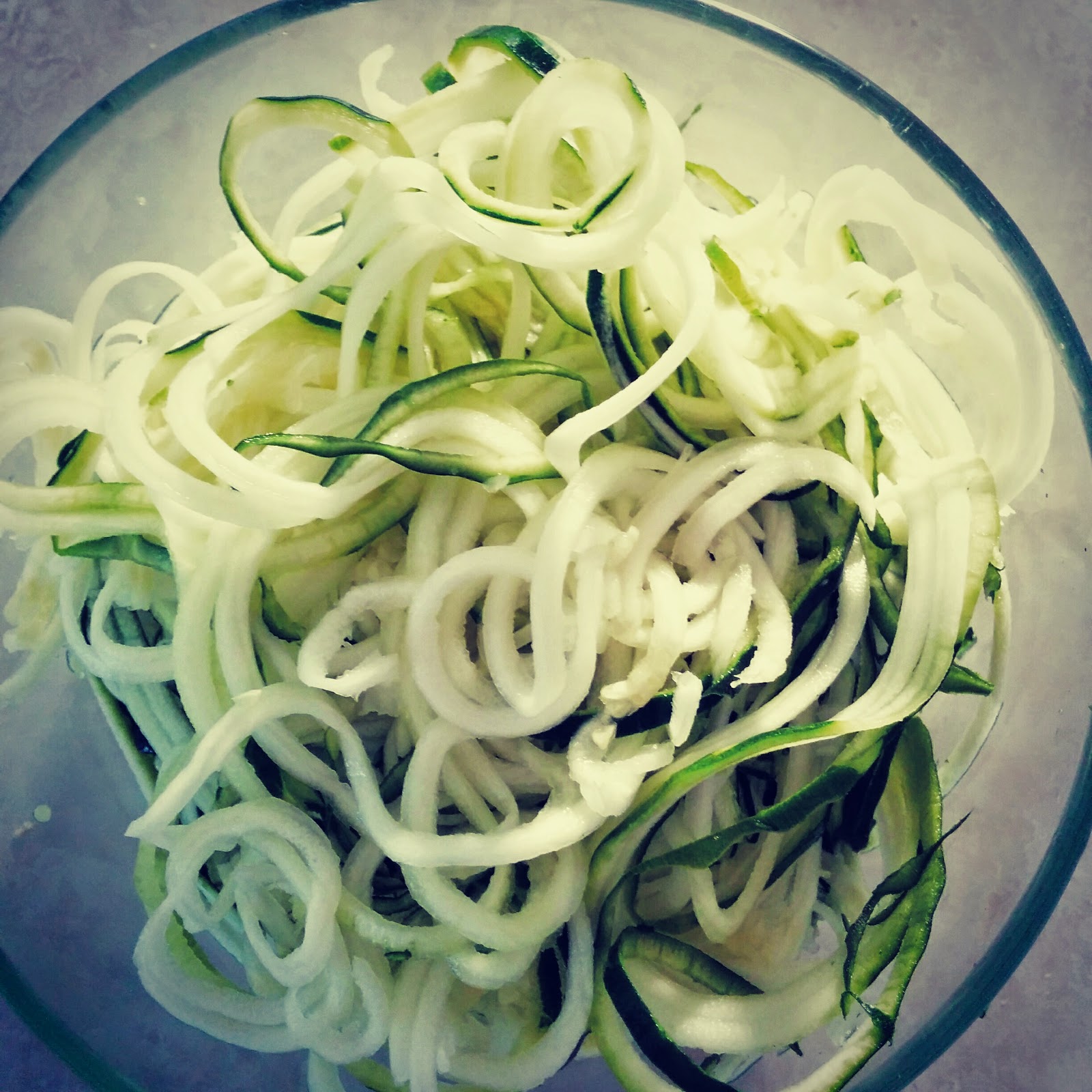 All I had was a few uncooked chicken breasts, avocados, and random veggies from Berlin Organics. Of course in the pantry, there was some semolina wheat pasta, that would be perfect, but then I remembered the impulse Spiralizer purchase  I made at Wal-Mart.   Two 12” bikes for twins a Veggetti Spiral Vegetable Slicer proved something about me that day that I’m not sure I’m ready to figure out.
I took out some of the panic by flattening the chicken until they where pancake width.  Dusted them with wheat flour, dunked in egg white and rolled them into panko.  Dropped them into a 390 degree oven. 15 minutes later they were perfect. Protein done.  That was easy.
Even easier was taking two farm fresh zucchinis and spinning them in this $14 dollar contraption and making this beautiful object. 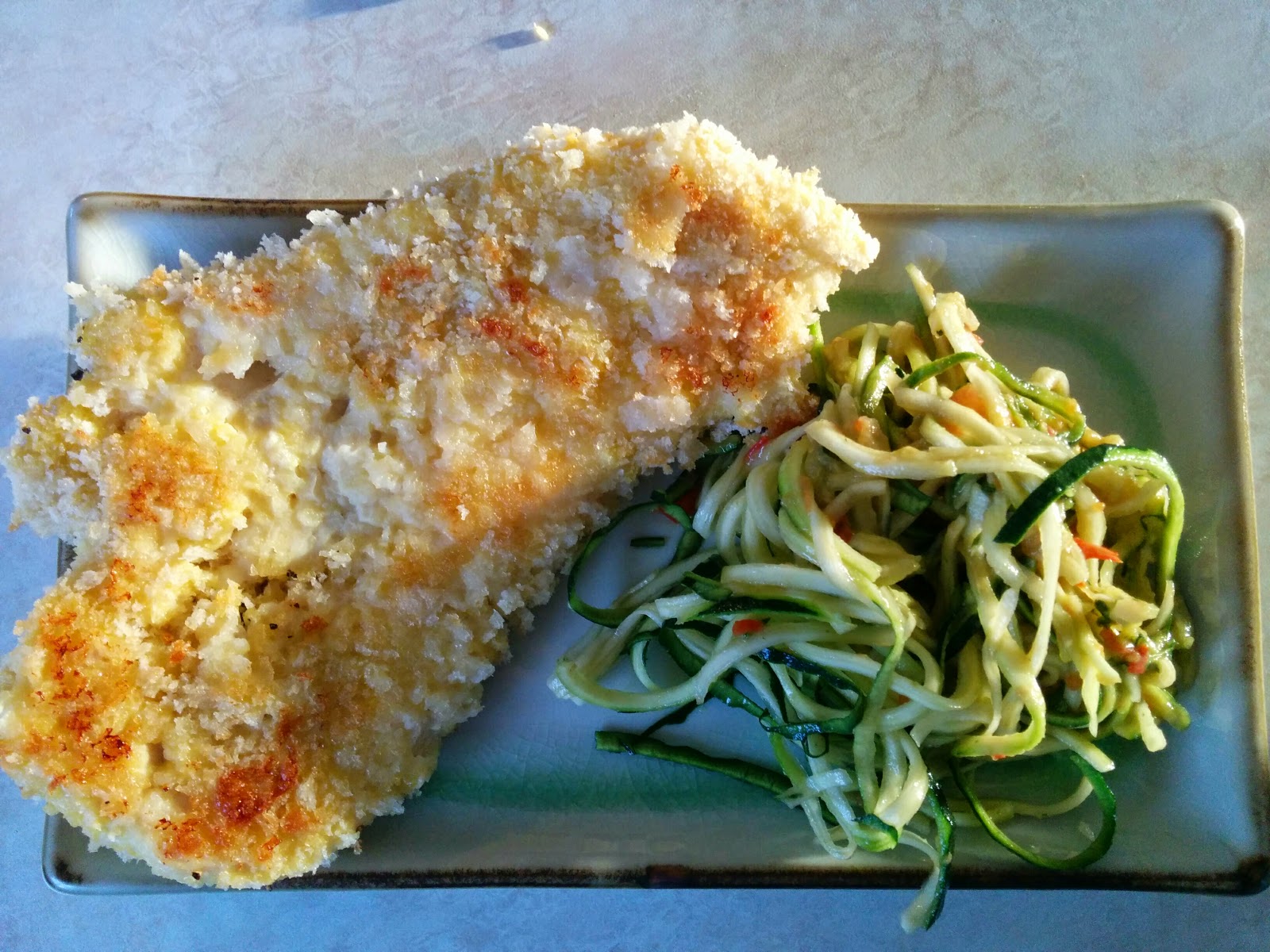 It tastes great just like this, on a salad with some lemon, but I wanted a sauce, a red sauce to make this faux Italian dinner complete.  So into the food processor, when one avocado, a tomato, a red pepper (not sure what it was but it wasn’t a bell), garlic clove, salt, and pepper.  Mixed it up and had basically a reddish colored guacamole.   It ends in a vowel so I think that’s close enough.  Then I took roughly a quarter of the sauce and massaged it into the zucchini and mason jarred the rest.
So in the end this my healthy alternative to the standard chicken parm with spaghetti.  Lean meat, healthy fats and those good carbs.  Added plus, is  that leftover guac/sauce will go nicely with my homemade pita chips for the games tomorrow.