Potty training twins?
Yes, there will be poop on your floor
more than once.
24 months= poop on the floor

25 months= Boy poops on floor in front of older (7 yr. old) neighborhood friend who could not hide the obvious reaction to poop on the floor. First real embarrassing moment for him and now he is motivated to poop on the potty!

26 months=Naked and potty breaks every 15-20 minutes (peeing every time) They wait for the diaper to poop.

27 months= Occasional poops are happening on the potty. More often by pure luck.

28 months= If we lived in a nudist colony, our twins would be 95% potty trained!
It’s summer and the boys have been pretty much naked most of the time. The diapers just cause heat rashes and what little boy doesn’t love to be naked. They are just so happy in their birthday suits. We’ve only left the house 1x with both boys but only one left the house commando. He did well, used the potty at the library but did have some leakage on his pants. Both Mommy and boy were proud. One small step. We’ve had 5 day streaks with each boys ( not at the same time) where they have gone poop on the potty. We don’t know what happens after the 5 day streak, maybe they’re just passing the baton. 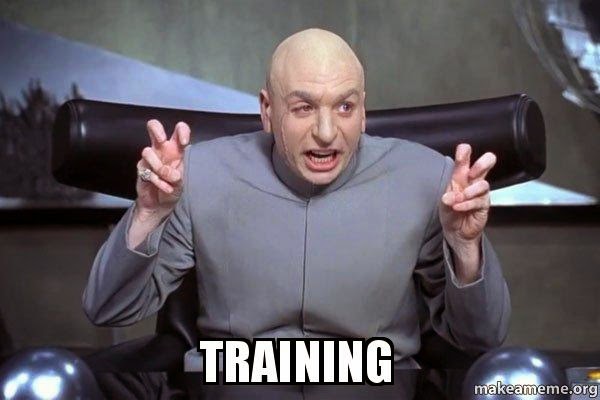 29 months= Something is happening, but we’re not prepared. The boys have independently discovered sitting on the big potty ( no saddle seat) backwards! I have to hand it to them, they figured this one out on their own. They are consistent at home but we diaper when we go out. We were out to eat with family and to my surprise, one of our boys tells me he has to go potty. Unprepared and outside alone with 3 male toddlers I reluctantly had to tell him to go in his diaper because we would not have made it to the potty in time. He has become very vocal about when he needs to go and what he has to do. As we sat outside of the restaurant waiting for the rest of the family, our toddler who I permitted to go in his diaper took the opportunity to tell me every aspect of what was happening in his pants as it was happening. Breakthrough moment for the boy who refused to admit when he had obvious poop in his pants!

30 months= Nudity continues to equate success. At this point however, we are daringly leaving the house without diapers. We’re staying local, library, parks, local shops, nothing more than 5 minutes away basically. They are successfully using public toilets, YES a germaphobics nightmare but after you’ve seen our total cost on diapering twins you become less aversive to germs. The poop on the floor has also contributed to this desensitization to germs. Accidents are still happening but instead of diapers we are packing extra pants. No big boy underwear at this point. They still go out commando. Mom was a little daring today and ended up with both car seats in the wash tonight.

31 months= Finding dry diapers when worn and automatically wonder if they’re dehydrated. HELLO Mc Fly, they’re not infants anymore. Mama denial that they’re getting bigger and learning that i have to deprogram myself from counting wet diapers to see if they’re getting enough via nursing. Haven’t nursed for almost a year now but that is still ingrained in my brain.

32 months= Put towels on the car seats and blankets on the upholstered furniture, you’re going without diapers! The boys are still going out commando. We have not purchased big boy underwear yet but we’re definitely saving money on diapers. Accidents are still a part of the daily routine but happening less often.

33 months= Low and behold, we are officially in big boy underwear and DIAPER FREE!!!!!!!!! We have never been so efficient with the laundry system as we are now. The boys are so proud of going anytime, anywhere including the front lawn (oops) but at least they’re not going in their pants.
Bittersweet moment for parents. Proud of our boys and grateful that we didn’t buy pull ups.
Babies are, well not babies anymore…sob, sniff, sob, sniff… but little boys.